The bedbug is an ancient parasite which has been known to man for as long as we can remember. Extremely common until the Second World War, the insect seemed to have disappeared almost entirely following the start of the first synthetic chemical insecticides and widespread improvements in hygiene and living conditions. But in the second half of the ’90s, bedbugs began to make an unexpected comeback all over the developed world, quickly becoming a source of annoyance and worry for humans again.

Bed Bugs, What are?

The bedbug (Cimex lectularius) is a small parasitic insect which feeds exclusively on blood. Unlike many other human parasites, these insects do not live on the human body, but come into contact with it only to feed, preferring to spend the rest of their time in hidden corners close to the place where humans sleep or spend a lot of time. Bedbugs are mostly active at night.

This species tends to avoid the light, hiding by day and going into action at night, or in the absence of light. It prefers to nest in narrow spots (crevices, folds in fabric, seams, cracks, etc.) very close to its host.

It consumes blood by using its mouth parts to perforate the host’s bare skin while injecting an anaesthetic and an anticoagulant. The bite itself is painless and hard to see, but the extraneous substances introduced can cause bothersome allergic reactions in sensitive people.

All places and businesses in which people sleep or spend some time, preferably in the absence of light, are at risk of contracting an infestation, for instance:

Our Disinfestation with Liquid Nitrogen

Ecological: Nitrogen is a very common gas in nature and makes up 78% of the Earth’s atmosphere.

Effective: In the gaseous state it produces a temperature of -130 ° C. Guaranteeing the mortality of 100% of the pests present.

The great economic advantage: this disinfestation system can only be used by specialized personnel expert in insect biology. Once treated the premises are immediately habitable, thus avoiding having to sleep outside the home (for civilians and homes) and to stop the commercial activity (hotel).

How to eliminate bed bugs:

We choose the collaboration of a disinfestation company because an infestation by bed bugs always requires the assistance of well trained and trained specialists.

To choose a company look for it through references and make sure that it has a preparation that is suitable for the problem to be solved and the method it adopts (it must always be completely ecological).

A serious company always inspects your home before giving you a quote and helps you prepare for the intervention. 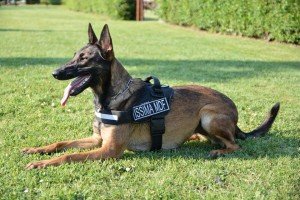 Issima is our Bed Bugs Dog

We are in Piemonte, Liguria and Lombardia. Out local unit are in Milano, Biella, Novara, Asti, Cuneo, Savona e Genova.